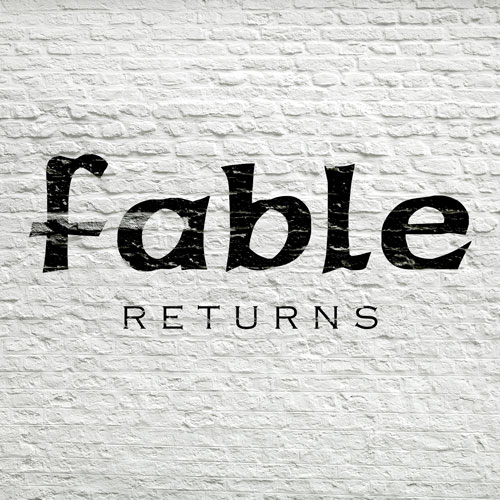 The band returns with it's first global release ever.

A BIT OF HISTORY

The band formed in 2004 and had an impressive run of live shows, radio appearances, and rehearsal recordings throughout 2005. Drawing upon such influences as The Toadies, Weezer, Oasis, Bush, The Beatles, Smashing Pumpkins, the Offspring, Green Day, and many others, the group took to the stage to impart their view of music, more specifically rock music, upon the world. A steady slate of gigs, appearances, and traveling throughout the year got them to a point in late 2005 where they allowed a fan to video one such gig at Zapatos Cantina in October of that year. Much of the recorded video was added to the band’s YouTube site (FableRocks) in 2015. 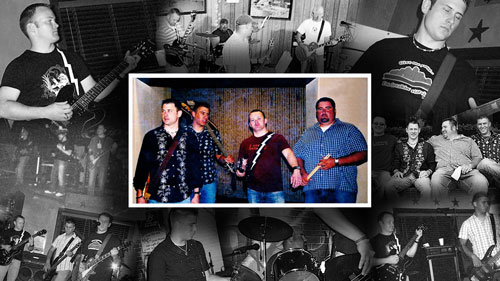 Unfortunately for the group, after a newspaper article about the group divulged too much information, the band was the unfortunate victim of a robbery that left them with little gear with which to continue. The band was therefore forced to brake up early in 2006.

The band made a series of recordings during the time they were together, namely "Fable: Demo," "The Rough Demo," "The Shannon Sessions," and "Live at Zapatos Cantina." All recordings were done by the band, or its parts, independent of outside help with the exception of the "Shannon Sessions" and "Live at Zapatos Cantina." With that said, they are essentially demo recordings as the band never truly got into a studio to properly lay down their tracks. Some of the many tracks are chronicled here for your listening pleasure.

In 2019, Fable was delighted to announce their return, sort of. The band’s first global release “Returns” launched on January 10, 2020 through Idull Mynds Records. It contains new recordings of 3 of Fables’ most popular songs (“I Want You,” “All I Do,” and “Sweet Love”), a remastered version of “Tears in Your Eyes” which was recorded back in 2005, and live performance recordings from 2005 of “Love is For Free” and “I Feel.” As a bonus, Returns contains a reimagined and new for 2020 alternate version of “I Want You.”

Though it has been a significant amount of time since Fable originally entreated us, they live on, in part, through the material presented here.